Bite inhibition refers to a dog's tendency to control the force of their bite when appropriate, such as during play, when giving a disciplinary bite, or even taking treats from the hand.

In the dog training industry the literature tends to lump a lot of information into this subject so it can be somewhat confusing.

It is often described as a behavior that needs to be learned preferably at a young age, but for sure there tends to be a genetic tendency of some dogs that naturally have more or less bite inhibition compared to others with similar upbringing. The "learning" part comes from the reactions (or formal training) of people and other dogs that are consequences of a lessor tendency to control bite pressure. This is based on my own observations of raising litters, hosting well over a decade of free puppy socialization groups for the public, and almost 20 years of helping pet owners with "bite inhibition" concerns.

Also, bite inhibition can sometimes be confused with a dog's tendency to skip steps in the aggression cycle, which is a different temperament trait. In these cases it is not that the dog does not know how to inhibit the force of his bite during things like play or taking treats, instead the dog has a tendency to skip the act of a softer warning bite (or even a growl) and use a hard skin breaking bite, or worse, for relatively minor infractions compared to another dog. It is even reported by some breeders that there is a genetic tendency in some lines of dogs to accidentally kill their puppies during discipline, and therefore some breeders will eliminate those broods from the gene pool.

Through my own personal experience I have raised and interacted with full litters, of different genetics, in exact same manner and have witnessed vast differences in gene pools as a whole as far as a natural tendency for bite inhibition and skipping steps in the aggression cycle (two separate traits).

I have also worked closely with a wolf that was raised as a pet, from a pup, that had no additional socialization compared to the average pet dog that had the best bite inhibition I have ever witnessed when playing with tiny chihuahuas or people. The wolf also had incredible range of aggressive communication during discipline, especially with disciplinary bites. Growls and air snaps would escalate to various "hits" with the teeth on a target of escalting force without breaking skin until the message was respected. I have also witnessed similar control with many individual dogs that were totally capable of also going into full attack mode if appropriate. It has brought me to the conclusion that the full range of natural bite behaviors, including inhibition, are mostly determined by the accidental or purposeful suppression of certain genes during haphazard or careful breeding practices.

As with many canine behaviors, what you will see is a reflection of nature vs nurture. But, for the purposes of understanding behavior I treat tendency for good bite inhibition primarily as a temperament trait and then socialize, train, and/or manage a dog appropriately to make a "bite inhibition problem" not a problem. 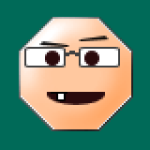 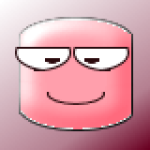 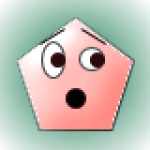 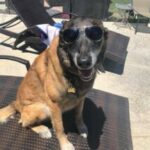