A Captain in the United States Army, lawyer, and teacher, Will Judy was a born dog enthusiast and lived an eventful life. He was well respected and honored in the world of dog training and show circuit.

Will Judy was born in Somerset County in 1891. He began his career with an education at Juniata College, and after a short but brave service in World War 1, Captain Judy came back to the States and started a new venture as lawyer and then as a book and magazine publisher.

In 1923, Judy acquired “Dog World Magazine” for just over $1000 and eventually turned it into a very successful publication that continued for more than 40 years. The magazine provided immense guidance and enlightenment to dog owners through meaningful, entertaining, exceptional and affectionate writings.

As a passionate dog lover, he believed that a dog can be a man’s best friend and we were yet to identify the true potential of this animal who might serve us better if we understood them better as well as train them properly. In 1928, Will Judy established and pushed the importance of recognizing a "National Dog Week" during the last week of September to honor and appreciate them.

Throughout his life he published many books, which were truly notable and trust worthy for training, breeding, and understanding dogs. A few of his more notable books were, “Dog’s Best Friend”, “Training the Dog”, “Principles of Dog Breeding”, “Care of the Dog” and so on. 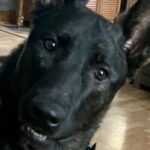