The Use of Fluoxetine (Prozac) by Veterinarians in Dogs and Cats: a Preliminary Survey

Objective: To describe the prescribing habits of a sample of small animal veterinarians pertaining to use of fluoxetine in dogs and cats.
Design: Exploratory descriptive survey using a questionnaire, available on paper and through email, distributed to small animal veterinarians by convenience sampling.
Participants: Veterinarians practicing small animal medicine in North America contacted by email and at local veterinary meetings.
Results: Of 127 initial respondents, 106 prescribed fluoxetine for dogs and/or cats. The majority (91 per cent) indicated the drug be given once every 24 hours. Respondents used one or more formulations of fluoxetine. Of those who prescribed fluoxetine for both dogs and cats (57 per cent), 80 per cent used a generic form. A third prescribed fluoxetine only for dogs (31 per cent) and 72 per cent of these prescribed the US Food and Drug Administration approved product that was available at that time. The primary use of fluoxetine was related to behaviour problems. Overall for dogs, uses of fluoxetine were organised into five major categories by the investigators: Anxieties, Aggression, Compulsive Disorders, Phobias/Fear and Other, Anxieties being the most common. Of those who prescribed fluoxetine, 12 per cent did so only for cats and the majority of these prescribed generic (58 per cent) and or compounded (42 per cent) forms. Overall for cats, uses of fluoxetine were organised into six major categories: Elimination behaviours, Anxieties, Aggression, Dermatologic/Grooming, Compulsive Disorders and Other, Elimination behaviours being most common.
Conclusions: This study indicates that practitioners prescribed fluoxetine in generic, proprietary and compounded formulations for a variety of behaviour problems of dogs and cats. The broad use by the respondents suggests how important psychotropic drugs are in veterinary medicine. Research, information and continuing education regarding such drugs and animal behaviour should be made available to the general practitioner. 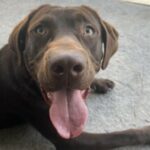