In dog training we will often hear trainers talk about "marking a behavior".  Marking is when we send a signal to a dog that will be associated with whatever behavior that was just performed.  The signal will be used to either encourage or discourage that behavior.   When the signal is used to encourage a behavior it is called a "positive marker".  Positive markers are usually what is being referred to during marker training.  "Negative markers", also referred to as conditioned punishers can be read about by clicking on that link.

All of these positive markers are neutral to the dog unless you make an effort to associate the phrase, word, or sound with something the dog naturally likes such as food, play, or affection.  Usually praise becomes a good and easy to say marker if the dog owner has been pairing it with good things anyway before formal training.  If a dog owner or trainer has not spent much time with a dog yet or chooses to use a less natural marker such as a clicker, it is possible to "charge the marker" in a relatively short amount of time through formal training sessions.

From a Classical Conditioning point of view, positive markers equal conditioned reinforcers since the neutral stimulus "praise, word, or sound" is paired  with an unconditioned (natural) reinforcer until that stimulus produces a similar emotional response from the dog.

In the video below you will see an example of using food to charge the marker "Good girl!" for a German Shepherd puppy.  Keep in mind that you can replace the phrase with a word or sound, and you can replace the food reward with anything else the puppy enjoys and it would still be considered charging the marker.  Once a dog associates the marker with good things, it can be used to "mark" any behavior you want to encourage from the dog. 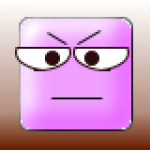 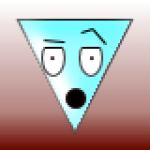