How to use a Breaking Stick on a Pit Bull

People have been asking for a video on how to use a breaking stick. If you search into the dark areas of the internet you can find plenty of examples of dog fighters using them in actual dog fights. Here is a video on youtube that isn't that clear, but the best one I can find. How to restrain the dogs before you break the bite is debatable, but the use of a stick is pretty clear cut. You need to use something you can wedge behind the gap after the last molars. From there, a lot of techniques will cause the dog's mouth to open for long enough to pull the dog back. Techniques that have been reported to work are twisting the flatter shaped sticks once in (as in the video), and also angling the stick up toward roof of mouth (to wedge open) or down to press on tongue (trigger gag reflex). Remember, if you are ever in a situation where you need to break up a dog fight, that people get hurt way faster and worse by dog bites, so keep your cool and wait until you are in a position where you will not get caught in the crossfire of a dog that does not have a firm bite on another dog. This technique has also been used as a back up plan for some police officers that have had trouble releasing their high prey drive Dutch Shepherds and Malinois on real bites: 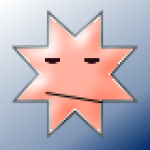