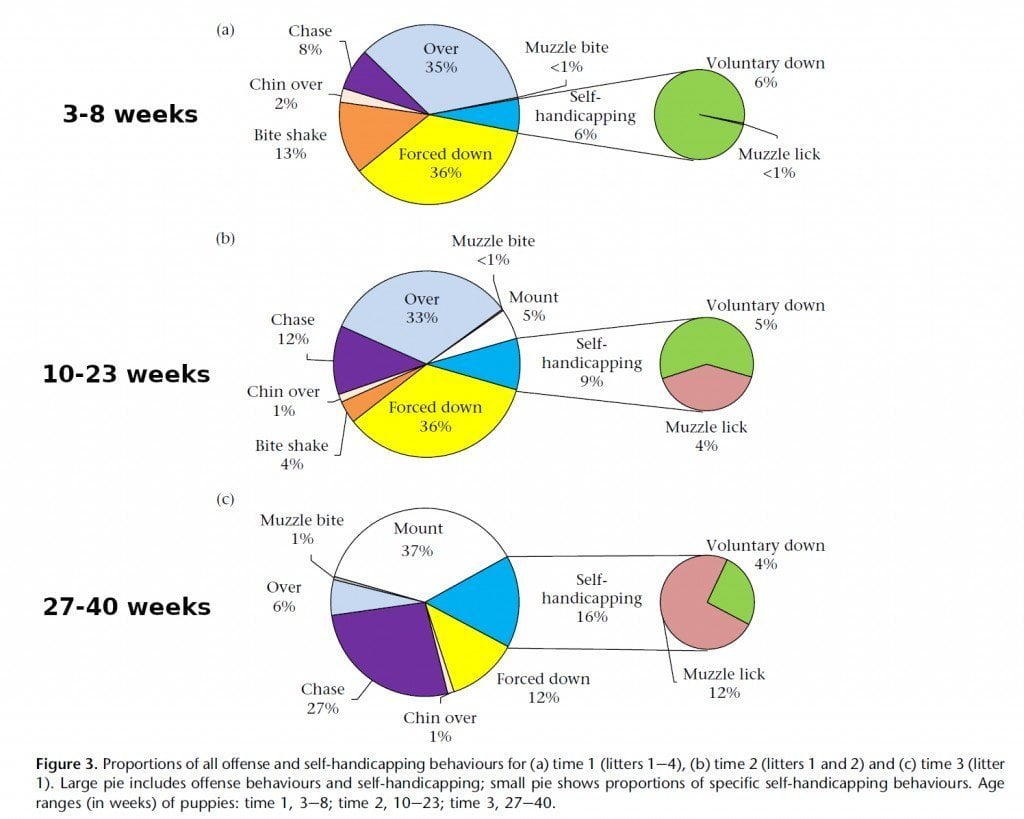 We videotaped behaviour in four litters of domestic dogs to explore social play and the development of relationships within litters. We collected data when the puppies were between 3 and 40 weeks of age, but collection times varied by litter. We divided data analysis into three time periods to coincide approximately with critical periods in the early social development of dogs. Early play-partner preferences were associated with preferences in later time periods, and the tendency for puppies to prefer specific partners increased over time. Play did not conform to 50e50 symmetry of roles between partners, which some researchers claim is necessary to sustain play. In the later juvenile period (time 3), dogs who engaged in high rates of offense behaviours (e.g. chasing, forcing partners down) also initiated play at higher rates, implying that winning during play may become more important as puppies mature. Self-handicapping behaviours were positively associated with play signalling, suggesting that, like play signals, self-handicapping may function to indicate playful intent. In mixed-sex dyads, males initiated play, engaged in offense behaviours, and self-handicapped more than females. Females were more likely to initiate with females across all time periods, but males were more likely to initiate with males only in time 3. We discuss results from mixed- and same-sex interactions with reference to inter- and intrasexual competition. The types of offense and self-handicapping behaviours displayed were similar across litters, suggesting that the expression of these behaviours may follow a similar ontogeny in puppies in general.