Frequency and Distribution of 152 Genetic Disease Variants in Over 100,000 Mixed Breed and Purebred Dogs 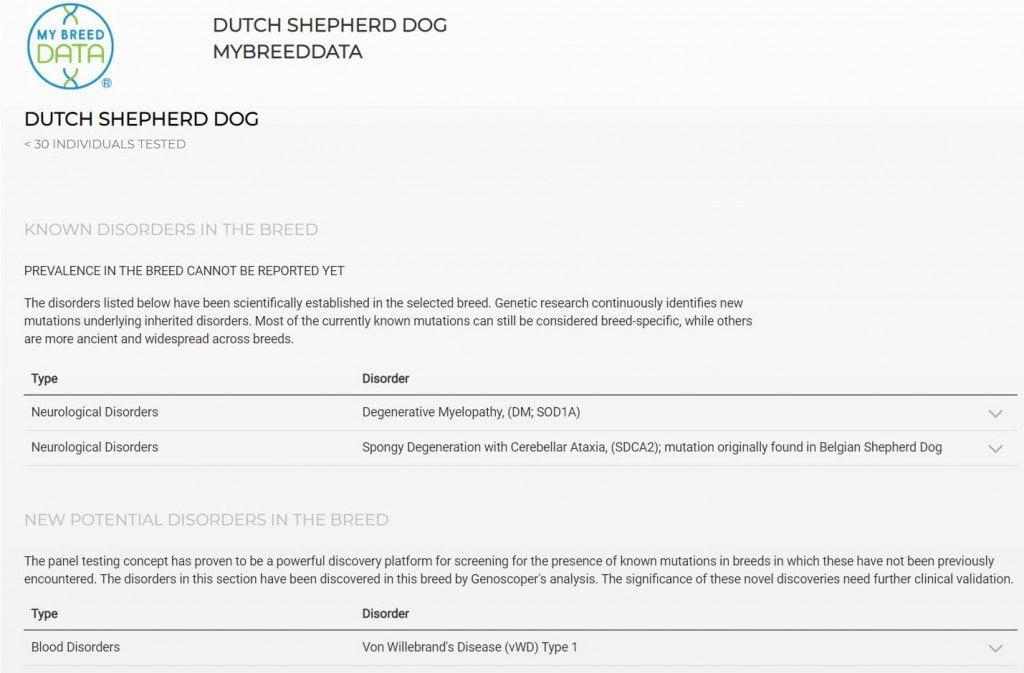 Knowledge on the genetic epidemiology of disorders in the dog population has implications for both veterinary medicine and sustainable breeding. Limited data on frequencies of genetic disease variants across breeds exists, and the disease heritage of mixed breed dogs remains poorly explored to date. Advances in genetic screening technologies now enable comprehensive investigations of the canine disease heritage, and generate health- related big data that can be turned into action. We pursued population screening of genetic variants implicated in Mendelian disorders in the largest canine study sample examined to date by examining over 83,000 mixed breed and 18,000 purebred dogs representing 330 breeds for 152 known variants using a custom-designed beadchip microarray. We further announce the creation of MyBreedData (www.mybreeddata.com), an online updated inherited disorder prevalence resource with its foundation in the generated data. We identified the most prevalent, and rare, disease susceptibility variants across the general dog population while providing the first extensive snapshot of the mixed breed disease heritage. Approximately two in five dogs carried at least one copy of a tested disease variant. Most disease variants are shared by both mixed breeds and purebreds, while breed- or line-specificity of others is strongly suggested. Mixed breed dogs were more likely to carry a common recessive disease, whereas purebreds were more likely to be genetically affected with one, providing DNA-based evidence for hybrid vigor. We discovered genetic presence of 22 disease variants in at least one additional breed in which they were previously undescribed. Some mutations likely manifest similarly independently of breed background; however, we emphasize the need for follow up investigations in each case and provide a suggested validation protocol for broader consideration. In conclusion, our study provides unique insight into genetic epidemiology of canine disease risk variants, and their relevance for veterinary medicine, breeding programs and animal welfare.

Online 0
There are no users currently online