With increasing threats of terrorism, police and military detection dogs are of growing importance for protecting servicemen/women and society. However, a relatively high proportion of potential working dogs fail to make full operational status, or are later withdrawn from service. To date, research has focused primarily on factors which are associated with a dog’s short term success, such as passing/failing certification after training. Rather than the more important outcome of working life expectancy. In this study, we used two validated instruments of temperament (Positive and Negative Affect Scale (PANAS) and Dog Impulsivity Assessment Scale (DIAS)) to identify factors associated with long-term working dog success. Active working UK police dogs (n = 63) scored significantly higher on the trait “energy and interest” within PANAS and “responsiveness” within DIAS in comparison to a general population of those withdrawn from service (n = 16), and those included for a matched pairs analysis (n = 11pairs), and the wider pet dog population (PANAS n = 343; DIAS n = 571). This suggests that the combination of these traits may be important for a long-term working life. There was no significant difference between active UK police dogs and active military dogs (n = 20) on these factors, suggesting this trait may also be important across different service fields. Comparison with a non-UK police dog sample (active Dutch police dogs n = 28) revealed no significant differences in energy and interest, but higher responsiveness scores in active UK police dogs, further highlighting the importance of these traits in working dog populations. Future research should assess the cause-effect relationship between these traits and success / withdrawal from work in the field. 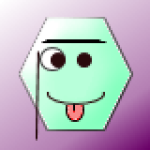