Canine mange is a skin condition caused by several different species of parasitic mites. The mites embed themselves either on your dog’s skin or hair follicles. Some species of mites commonly live on and in the bodies of dogs without causing a problem, but any type of mite can cause a skin condition if there are enough of them.

Demodectic mange is also called red mange, follicular mange, and puppy mange, because it’s most common among young dogs. It’s caused by the mite species Demodex canis. The mites resemble minute alligators when you see them under the microscope. They live inside the hair follicles of dogs.

Demodectic mange is usually the result of an underdeveloped or suppressed immune system, and has nothing to do with the condition of the dog’s housing or environment. It’s most often seen in young dogs with inadequate immune system response and dogs with compromised immune systems.

The demodectic mite is born, lives, and dies on a host dog. Eggs are laid, hatched, and mature through stages to adulthood; the entire life cycle takes about 20 to 35 days.

Demodex mites are transferred through direct contact from the mother dog to her puppies during their first week of life. The mites cannot survive off the dog, so they must move directly from dog to dog through contact. There’s no reason to treat a dog’s living space or bedding for mites, because any live mites are on the pet.

All dogs naturally carry around a small population of these microscopic mites that under normal circumstances cause no problems. Every mother dog ends up transferring Demodex mites to her litter. Most puppies have no reaction to them, but puppies with inadequate immune systems can become overburdened by mites. These are the pups who develop symptoms of demodectic mange.

There are three varieties of demodectic mange- localized, generalized, and demodectic pododermatitis.

Dogs with demodectic mange will be itchy thanks to secondary bacterial and yeast infections that are almost always present along with the mites. There will also typically be some hair loss, bald spots, scabbing, and sores on the skin.

Dogs with generalized demodectic mange can actually become quite ill with a fever, loss of appetite, and lethargy. In these cases, it is important that the dog be seen by a veterinarian right away.

Diagnosing demodectic mange requires a skin scraping or biopsy. The mites can’t be seen with the naked eye, so their presence must be confirmed using a microscope. However, the presence of demodectic mites doesn’t confirm the diagnosis, because the mites live in all dogs. There must be both mites and skin lesions for a diagnosis of demodectic mange to be made.

A diagnosis of demodex in an adult or older dog should always prompt testing for other conditions like Cushing’s disease, hypothyroidism, heartworm disease, cancer, or immune deficiency.

Dogs with demodectic mange should not be bred. Their immune systems are incompetent, and those faulty genes, in my opinion, should not be passed along.

There’s really no reason to isolate dogs with demodectic mange, because the condition is a result of a weakened immune system, and is not technically contagious. Demodex canis mites are not known to live on cats (kitties have their own species of mites), nor can they be transmitted to humans.

Sarcoptic mange is also known as canine scabies. It’s caused by a mite called Sarcoptes scabei. The female mite tunnels into your dog’s skin laying eggs as she goes, and then she dies. This causes a significant inflammatory response.

In three to eight days, the eggs become larva, the larva become nymphs, and the nymphs become adults. This all happens in the tunnel that the female built in your pet’s skin. The adult mites then breed, and the two to three week life cycle repeats itself.

Unlike the demodectic mite, sarcoptic mites can live several days off a dog’s body and up to three weeks in a moist, cool environment. In the average home, they have a two- to-six-day life span off a host.

Sarcoptic mange is highly contagious and can infest not only dogs, but also other animals. If you’ve ever seen a squirrel with a bald tail, it’s probably the result of Sarcoptes scabei. Scabies mites can also infect cats, pigs, horses, and even people.

Symptoms of sarcoptic mange can vary from dog to dog, but the most common signs are really intense itching and hair loss. The mites prefer areas of skin without hair, so the first place you might notice a problem on your dog could be elbows, armpits, ears, chest, belly, or groin.

If the infection isn’t treated promptly, it can spread to the entire body. Often there will be red pustules and some crusting of the skin. Because the mites are intensely itchy, your dog will scratch and may traumatize the skin, which can cause sores and secondary infections.

Diagnosing Sarcoptic Mange Can Be a Challenge

Diagnosing sarcoptic mange can be really difficult and frustrating. A skin scraping and microscopic examination of the skin won’t always reveal the presence of mites -- on average, only 20 percent of infected dogs will have mites on a random skin scraping.

If a dog happens to have a positive skin scraping, a diagnosis of sarcoptic mange can be confirmed. But a scraping with no mites doesn’t rule out this particular condition.

Most diagnoses are made based on history and response to treatment for sarcoptic mange.

Canine scabies is frequently misdiagnosed as a severe allergic reaction. Standard treatments for allergies obviously do not provide any relief from mange symptoms nor do they resolve the condition.

In my practice, if I see a dog that doesn’t have allergies, suddenly develops really intense itching and scratching, and we’ve tried a quick allergy protocol with no improvement, I will automatically suggest that the owners try treating for scabies whether the skin scrape showed mites or not.

Dogs with sarcoptic mange must be isolated to prevent infecting other animals or people. Bedding must be thoroughly cleaned or replaced, and the dog’s collar should also be disinfected.

Because these mites can survive off of a host in your home for several days, your floors, drapes, and upholstered furniture need to be thoroughly cleaned to remove the critters from your living space. Otherwise, your dog can be re-infected along with everyone else in the household.

Traditional veterinary treatment of both demodectic and sarcoptic mange usually includes dipping your dog in a powerful chemical pesticide that kills off the mites. These dips can carry a number of harmful side effects, including decreased body temperature, vomiting, diarrhea, loss of appetite, restlessness, tremors, and central nervous system issues. Your dog may also be given other medications with side effects as well, either by pill, injection, or as a topical application.

I recommend you see a holistic vet instead to explore natural options for getting rid of mange mites and relieving your pet’s symptoms. Not every dog needs to be dipped in a strong chemical or receive drugs to treat mange.

Safer options include lime sulfur dips. These dips are incredibly stinky, but they’re an all-natural, very effective treatment for mites. Topical neem and cedar oil have also proved to be very effective.

Beneficial herbal remedies to fight bacterial infections and strengthen the immune system include echinacea, arabinogalactans, olive leaf, neem, colostrum, thymus extract, and pau d’arco. There are a few homeopathics including sulfur, silicea, and psorinum that can also be beneficial depending on your dog’s symptoms.

Omega-3 fatty acids can help relieve itching and inflammation, improve the condition of your pet’s skin, and support his immune function.

Disinfecting baths are also important. You can use a disinfecting shampoo such as tea tree shampoo to help reduce secondary bacterial and yeast infections during treatment.

Treatment of mange should continue until three consecutive skin scrapings are negative. And because not all scrapings show positive for mites, all symptoms should be resolved -- including infected skin and hair loss - before you can conclude that your dog no longer has mange.

Once your dog has cleared the infection, it will be very important to strengthen and support her immune system so it can defend against parasitic infections in the future. As always, I recommend a balanced, species-appropriate, fresh diet and a reduction in the number of vaccines your pet is given to help boost her immune system naturally.

This pet-friendly article was brought to you by Dr. Karen Becker, Mercola Healthy Pets resident proactive and integrative wellness veterinarian. For more pet care tips and to stay up to date with her latest recommendations, visit HealthyPets.Mercola.com where you can also get your FREE Homemade Treats for Healthy Pets E-book today! 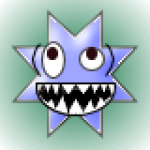