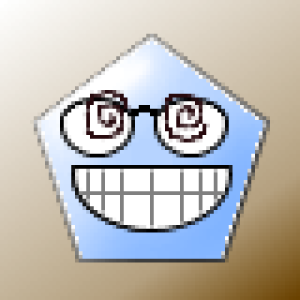 Frankie is an intact male that was raised as the family dog when I still lived with my parents. Because of his upbringing and lack of structure (and maybe genetics), he is a dominant dog.

Signs of his dominance: His tail is always up when around other dogs, he used to "challenge" other intact dogs, and also used any opportunity to get into a fight that did not involve him (all this before I trained him).

Also, I do not recall him ever licking anybody in the submissive way most dogs usually do to their owners.

He is very obedient and I would even say easy, especially now that he's older. He's very sensitive to corrections and it doesn't take much for him to obey.

My biggest problem and concern with him is his Dominance Aggression. He growls whenever a family member (including me, although his tolerance with me is higher) initiates affection. This started when he was two years old. He has growled at family, friends, even children. As of now, he has never bit or even tried to bite anybody, because his growling always stops any behavior he does not like. He just likes affection when he decides to approach someone, and if affection is given for too long, he will growl.

I'm embarassed to admit we have pushed his buttons a few times, to the point where the growling escalates, but never to a bite.

What worries me the most is when he is around children, because there is always that "what if". Of course I advocate for him and prevent dangerous interactions, but mistakes can happen.

I plan to have a family in the future and his intolerance to uncalled affection could be a serious problem.

Besides being dominant, he has high prey drive towards small mammals and vultures. He has good impulse control so that isn't a problem.

He also has very high play drive (obsessed with frisbees and fetching). Sadly he cannot play much anymore because he's older and sometimes limps after playing, so we have to limit our sessions.