Bacterial Infection (Metritis) of the Uterus in Dogs

Metritis is inflammation of the endometrium (lining) of the uterus due to a bacterial infection, usually occurring within a week after a dog has given birth. It can also develop after a natural or medical abortion, miscarriage, or after a non-sterile artificial insemination. The bacteria that are most often responsible for infection of the uterus are gram-negative bacteria like Escherichia coli, which often spreads into the blood, causing a blood infection. The infection may lead to sterility, and if left untreated, septic shock, a lethal condition, may follow.

Your veterinarian will perform a thorough physical exam, including a chemical blood profile, a complete blood count, an electrolyte panel, and a urinalysis. These tests will help your veterinarian to determine whether the bacterial infection has spread to the bloodstream, where the infection might have originated, and how dehydrated your dog is. You will need to give a thorough history of your dog's health, onset of symptoms, and possible incidents that might have precipitated this condition.

Diagnostic tools, like radiograph and ultrasound imaging, will allow your veterinarian to visually examine the interior of the uterus for any retained fetuses, excess fluid accumulation, and/or abnormal amounts of abdominal fluid production due to uterine rupture.

A sample of the vaginal discharge will also be taken for cytologic (microscopic) examination. A culture of both aerobic and anaerobic bacteria (bacteria that lives with oxygen, or without oxygen, respectively) will be used for identifying the bacterial populations present in the blood, and a sensitivity of the isolated bacteria will be performed so that the most appropriate antibiotic treatments can be prescribed.

A medical condition; the contamination of a living thing by a harmful type of bacteria

An in-depth examination of the properties of urine; used to determine the presence or absence of illness

The hollow bodily organ that holds the embryo and fetus and provides nourishment; only found in female animals.

The genitalia of a female; found on the outside

A record of body structures using an x-ray

A condition in which the uterus becomes inflamed

a) A type of antibiotic that kills both gram positive and gram negative bacteria.
b) A type of pesticide that is known to kill a whole variety of insects but also tends to affect other wildlife as well.

A method of breeding in which semen is collected and stored to be inserted into the vagina without actual breeding activity; often shortened to AI in the veterinary world.

The innermost layer of the uterus

Something that is not capable of reproducing

A product made of fluid, cell waste, and cells 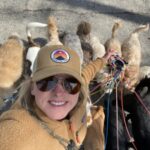