L-form bacteria are formed as a spontaneous variant of bacteria with defective or absent cell walls, or when cell wall synthesis is inhibited or impaired by antibiotics (e.g., penicillin), specific immunoglobulins, or lysosomal enzymes that degrade the cell walls. L-form bacteria are defective variations of regular bacterial cells, which can be almost any type of bacteria. L-forms are different from most other forms of bacteria in the respect that cell walls are an important component of organized cell division. While L-forms are still able to divide, creating more of themselves, they lack the same organizational structure as bacteria with cell walls. L-forms replicate without regard to size, big and small, rather than being of one standard size. They have been found throughout nature, in humans, animals, and plants.

They can be induced from virtually all gram- positive and negative bacteria under suitable conditions. They occur sporadically in dogs.

L-form bacteria are difficult organisms to isolate and identify. Using a process of differential diagnosis, which is guided by deeper inspection of the apparent outward symptoms, ruling out each of the more common causes until the correct disorder is settled upon and can be treated appropriately, the veterinarian will make a diagnosis by putting all of the signs and symptoms together, along with any consistent laboratory results, to come to a conclusion. Your doctor will also collect some of the fluid from any draining lesions, as well as joint fluid fr analysis.

The ability that a certain organism has to create disease

Anything that has been recognized as to be not what would be accepted as normal.

Found underneath the dermis

The singular form of the word bacteria; a tiny, microscopic organism only made up of one cell. 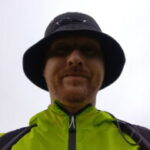