Gastroesophageal reflux is a condition characterized by the uncontrollable reverse flow of gastric or intestinal fluids into the tube connecting the throat and the stomach (esophagus). This may be due to a brief relaxation of the muscular opening at the base of the esophagus (referred to as the sphincter), as well as chronic vomiting. Gastroesophageal reflux is fairly common in dogs, and may occur at any age, although younger dogs are at greater risk.

The gastric stomach acid, pepsin, bile salts, and other components of the gastrointestinal juices cause damage to the protective mucus lining the esophagus. This can result in inflammation of the esophagus (esophagitis).

The condition or disease described in this medical article can affect both dogs and cats. If you would like to learn more about how this disease affects cats, please visit this page in the PetMD health library.

The dog’s behavioral history can reveal symptoms such as spitting up (regurgitation) of food, evidence of pain (whining or howling, for example) while swallowing, lack of appetite, and weight loss. A physical exam will often not reveal any concrete findings. Severe esophagitis may include symptoms of fever and extreme salivation.

An associated condition is a congenital (present at birth) hiatal hernia, which is suspected of heightening the risk for gastroesophageal reflux.

Young dogs are at greater risk of developing this condition because their gastroesophageal sphincters are still developing. Long-term or chronic vomiting is another risk factor.

Alternative diagnoses include ingestion of a caustic agent, a foreign body or tumor in the esophagus, a hernia in the upper portion of the stomach (hiatal hernia), disease of the throat or mouth, or a condition in dogs where the muscles of the esophagus do not function properly in pushing food into the stomach (megaesophagus).

A type of slime that is made up of certain salts, cells, or leukocytes

A type of enzyme that aids in digestion; it is secreted in the stomach with the help of glands

The term for an esophagus that is enlarged abnormally

The digestive tract containing the stomach and intestine

The fluid created by the liver that helps food in the stomach to be digested.

The tube that extends from the mouth to the stomach

Anything having to do with the stomach

Any substance known to eliminate feeling; usually applied during a painful medical procedure. 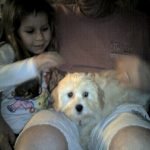 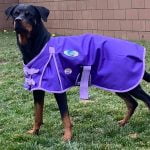