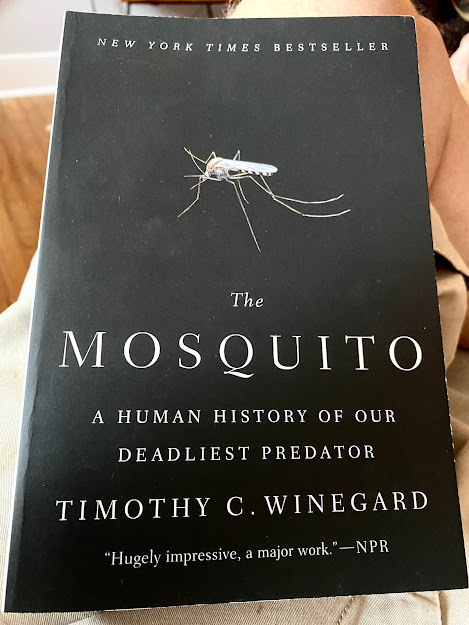 The mosquito is the animal most lethal to humans.
No other animal is even close.
Some 130 TRILLION mosquitos carrying at least 15 lethal diseases killed 830,000 people last year — more than all wars and all murders combined.
For the record, this a huge *decline* in mosquito-borne deaths. Since 2000, the annual average number of human deaths caused by the mosquito has been around 2 million.
One factor lowering mosquito deaths is the Bill and Melinda Gates Foundation which has contributed over $4 billion to mosquito research since 2000.
So how do other animal killers add up?
Not to much, I am afraid.
Snakes kill about 50,000 people a year, dogs and sand flies about 25,000 each, the tsetse fly and the assassin bug about 10,000 each.
The crocodilians kill about 1,000 people a year, hippos about 500, lions and elephants about 100 people a year.
Sharks and wolves — globally — kill about 10 people each a year.
The bottom line: the mosquito has killed more people than *any* other cause of death in human history.
In fact, it’s estimated that nearly HALF of all humans that have ever lived died from mosquito-borne infection; 52 billion of the total 108 billion people that have lived over the last 200,000 years.
From: Terrierman's Daily Dose